Well, I’m finally feeling almost normal again. It only took four days after the sedation for it to happen. I must say I’m a little bit surprised it took so long. Everyone keeps telling me my body needs more rest but I’ve never taken this long to ‘bounce back‘ before. I have very little physical discomfort but the light-headness and down right crankiness has stayed with me. The Pup says I’ve been a little more silly at home the last few days. [1]I’m never cranky with him. Yes, I realize it could be my age. But I’m also thinking it has a lot to do with my lack of gym attendance. I haven’t really been consistently working out and I definitely feel the difference. The last couple surgeries were much more invasive and I was nowhere near this messed up aftewards.

I ended up calling off work early yesterday as I just couldn’t focus and my crankiness was getting the better of me. [2]Never a good thing. lol I guess I should have taken more time off. Coworkers have noticed and commented on how much more of myself I am today so I guess it has showed.

I had my Post Op appointment with the doc yesterday and he didn’t seem worried. He indicated it wasn’t unusual to feel some after effects. The procedure was a success and there appears to be no need to do any follow up work to clean out the latent infection material. He did spring the news that he wants to refer me to yet another specialist for the final surgery. Just what I need, another round of copays and visits. But to be fair, I guess I’d rather have someone who already does the work I need vs just taking a stab at it. I’m looking at 4-6 weeks, which puts it right smake in the middle of the holidays. Work will be so pleased. (NOT!) 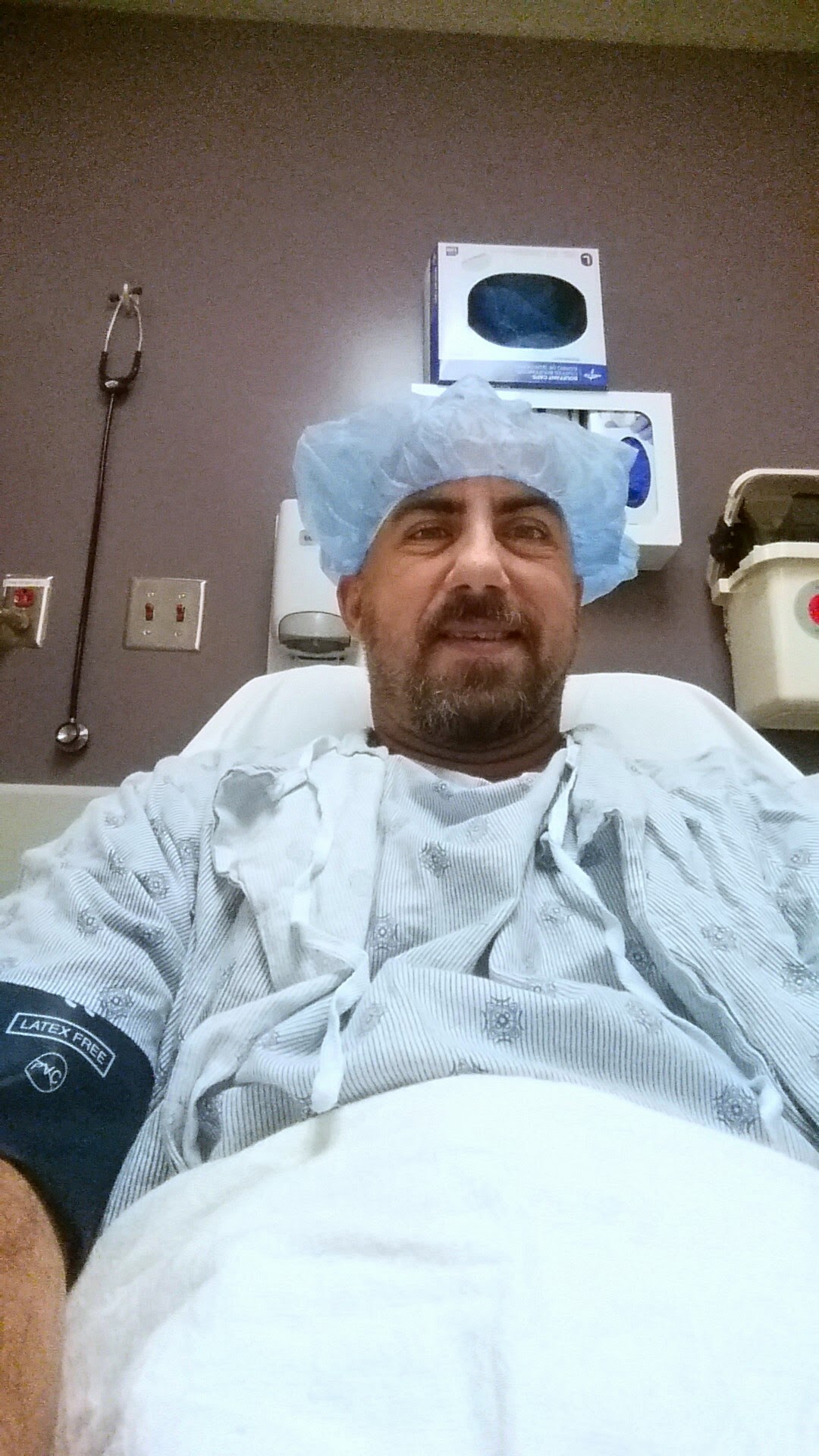 ​I had the first of the two procedures to correct my vision/eye problems this week. The first one dealt with going into the sinus to clean out the fluid filled cyst like thingy. The procedure went off without any problems. I did have to be sedated but beyond that it went fine. As you can see from the pic, they had me in a lovely outfit prior to the procedure.

The doc wants the area to heal up completely before they do the second procedure to put in the little metal plate. I’m hoping to have it done before the new year but it could go into January. Basically, the doc will slide the plate into the bottom of the orbital sheath around my eye to lift it back into its proper spot. This should fix my diplopia completely. [1]Fingers crossed

On a side tangent, I’ve been through several surgeries in my life with 2 in just the last 10 years. None of them really worried me in the sense that I wouldn’t wake up from it. Even though I’m pretty much healthy as an ox, I’ll admit to having been a bit worried something bad would happen this time around. I guess there is still a small part of me that is just having a hard time believing my life can be this happy and content. I’m beating my poor little id and telling it to stop worrying but I just don’t think it knows any other way. lol

Well, I finally got news on the eye/sinus problem. I’m scheduled to go under the knife early October to clean out the fluid/infection/cyst thingy. I hope they take pictures. I had a dream the other night that it was an alien like Sigourney Weavers’. heehee Naturally, it was a queen!

Anyway, it has taken a while to get the info. First, the ENT doc was out of town for two weeks. Then he had a family emergency which pushed him out for another week. And apparently, he only does his surgeries once a month. Bizarre for me but I guess it makes sense from a cost factor. The insurance foots the bill so who am I to complain?

The CT scan did show the bone for my right socket was intact. However, even with the infection/cyst, my right sinus is smaller than it should be and apparently is the culprit for my eye problem. In the most ironic twist, the infection has possibly prevented the problem from being discovered sooner. It could have also just shrunk from an original larger size that dislodged the eye from its normal position. Either way, I’ve noticed the effect is progressing in small increments but still a ways off from impacting my daily vision.

As expected, I’m in line for two procedures. The first, while considered invasive, is the cleaning which I really wouldn’t call a surgery. The second is slightly more complicated and involves adding more metal to my body. I wonder if I can call myself a cyborg now that I’ll soon have 4 different metal plates in my body?

(Arnold voice) I’ll be back!