As the great Vita Bohem once said, "I think today is a say something hat day!" hehehe

It’s no secret I’m big on wearing baseball caps. If you see pictures of me, I’m often in a hat. I’ve always worn caps since childhood. I grew up in a rural 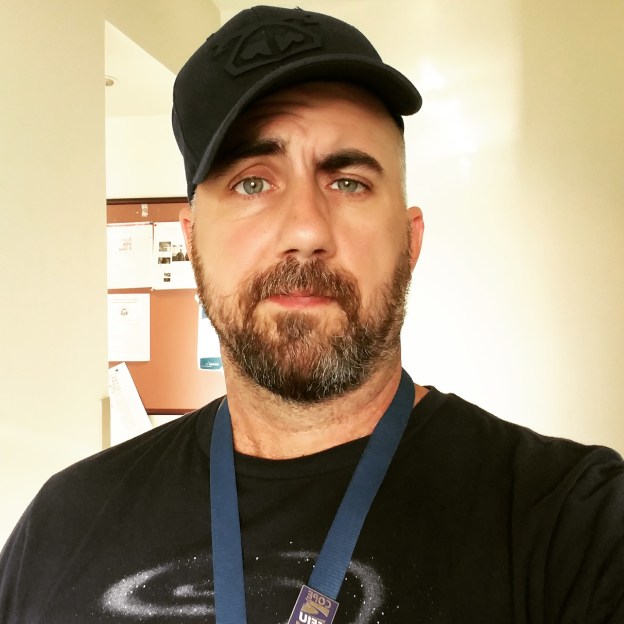 environment and hats were often a necessity over style. When you work in the blazing heat for hours at a time, you quickly learn what a necessity it is. You protect your head and neck from sunburn or suffer miserably.

I never liked wearing cowboy hats as they were large, bulky, and often more hassle than they were worth. Being a very hyper and absent-minded child, large hats were also a recipe for annoyance. I owned a cowboy hat as a kid but rarely wore it. I’m sure some of you are trying to picture it right now. heehee Ironically, when I saw them worn to school they were mostly worn as a fashion statement. At the time that discovery was was kind of a shock to me, but that is a story for another day.

I still wear baseball hats, like a lot. But, there are times where I’ll randomly forget to wear one and it never fails someone comments on it. I had two different guys mention it to me at the gym this week. One guy is a friend of a friend and when I casually said hello to them both, he didn’t recognize me. As we were talking, it dawned on him, and that’s when he brought it up. We both laughed. The other guy was a gym buddy who just wandered over to tell me how different I look w/o a cap. Hats do slightly change one’s appearance but for me I guess it seems to change the whole frame of reference for my face. I’ve had similar episodes like this most of my adult life. I’m never bothered or upset. I actually find it quite funny.

On most days, you can find me wearing a hat. As one person once asked me, no I do not wear it to hide my baldness. I actually like that I am bald and would never wear a hat to hide it. It’s just a habit that never went away and I like wearing them. As a kid, I had a huge head of hair and often had to buy the adjustable baseball caps just so I could cram them over my hair. Now a days I tend to wear the stretch hats.1 They fit easier, don’t break as often, and tend to fit my head better. In colder weather, I tend to wear knit or ski-hats. I don’t like when my ears get cold so they are a go to choice.

Shawn teases me at times because I will sometimes wear baseball caps so they are snug on my head but just sitting slightly past the top of my head. He refers to it as my"old man look" and will routinely pull my hat all the way down. hehe Of course, having had his pretty ginger head burned a few times here in SF, I am slowly dragging him into the hat wearing habit.

So yeah, I wear a lot of hats. I usually have 5-10 different baseball hats and another 3-4 knit hats. So for me, every day is a say something hat day.