I’ve been poking around some other blogs and I’ve discovered some nifty ideas and plug-ins for my own blog. I’ve added a MOOD pic which is HI-larious and a Shoutbox. At first, I thought I had to be a paying member but I guess they did away w/that part of this site.

Anway, I’m just home from being a very bad boy so I’m off to bed. (don’t ask) 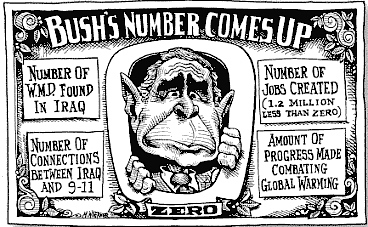 Ya know I’m pretty astounded lately to see a lot of black civil rights activists denouncing gay rights. I’m even more appalled to hear them say gay rights are not a civil rights issue. The only reason any of them have given is that being gay is a choice and being black isn’t. Well my friends, its never been a choice for me. I was born gay. I didn’t wake up one day and say, “ya know, I think I’ll alienate myself from my family, friends, and co-workers and decide to be gay“. I have never met a man, woman, or child who woke up one day and just decided to be gay. Come on people, quit hiding behind fear of the unknown and ignorance1 and wake up. The same fear you are cowing to is the same fear that whites used to keep blacks slaves. The fight for equal rights is the same the battles may be different but in the end we just want equality. Is that so much to ask?

I realized what “gay” meant at the ripe age of 14. Being a naive kid, I ran to tell my parents. Instead of love and acceptance or even just tolerance, I came away w/a broken jaw and two broken ribs. How you ask? My father beat me within an inch of my life and then threw me headlong into the street. All for admitting I was gay. How many black fathers beat their children for being born black? I have yet to meet one. Am I belittling the blacks’ fight for civil rights? Not in the least. Am I saying gay rights are a civil issue? Damn Skippy I am. Just because our [gays] cause is different, doesn’t make it any less worthy of recognition. 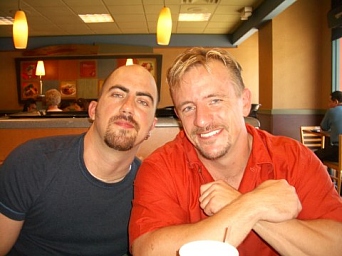 The Boyfriend and I at Boston Market…Soooo glam right?

How corny is that? Just wanted to show him off. The first time in my life I can visualize myself growing old w/someone. Kinda scary and kinda comforting all in one breath. Wish me luck?

Been looking thru profiles/blogs since I joined up today…Blogging rocks! Never found out so much about so many people in such a hurry! I think I’m hooked. 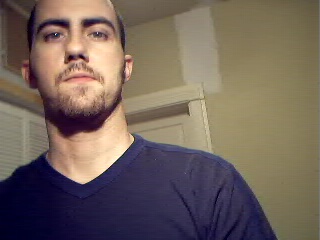 Howdy all, new to the blogasphere. Being a techie at heart, I figured it was time I jumped into the sway of things. I always have an opinion about everything so why not share it right? What makes my blog different? Haven’t a clue. I tend to call it the way I see it which can make for some interesting conversation at times. Feedback, ideas, comments are welcome.