So, I get to work today and I find out one of my buddies that I graduated the academy with passed out last night at work. Here is the kicker, he was laughing so hard at a joke that he started choking and then closed up his airway somehow and passed out. Our call center has fire/medical staff on duty 24hrs a day so they rushed over and made sure he was ok.

As he is coming too, the first words out of his mouth are “am I plugged in?” Now that, my friends, is dedication!

Ok, folks, this is an urban legend. I copied it from another blog I’m involved in and it was just so strange. Below is an accounting of a “mistaken rapture”. I have seen this before but had forgotten about it.

ARKANSAS CITY (EAP) — A Little Rock woman was killed yesterday after leaping through her moving car’s sunroof during an incident best described as a “mistaken rapture” by dozens of eye-witnesses. Thirteen other people were injured after a twenty-car pile-up resulted from people trying to avoid hitting the woman, who was apparently convinced the rapture was occurring when she saw twelve people floating up into the air, and then passed a man on the side of the road who she believed was Jesus. “She started screaming ‘He’s back! He’s back!’ and climbed out through the sunroof and jumped off the roof of the car,” said Everet Williams, husband of 28-year-old Georgann Williams who was pronounced dead at the scene. “I was slowing down but she wouldn’t wait till I stopped,” Williams said. She thought the rapture was happening and was convinced that Jesus was gonna lift her up into the sky,” he went on to say. “This is the strangest thing I’ve seen since I’ve been on the force,” said Paul Madison, first officer on the scene Madison questioned the man who looked like Jesus and discovered that he was on his way to a toga costume party, when the tarp covering the bed of his pickup truck came loose and released twelve blow-up sex dolls filled with helium, which then floated up into the sky. Ernie Jenkins, 32, of Fort Smith, who’s been told by several of his friends that he looks like Jesus, pulled over and lifted his arms into the air in frustration and said “Come back,” just as the Williams’ car passed him, and Mrs. Williams was sure that it was Jesus lifting people up into heaven as they drove by him. “I think my wife loved Jesus more than she loved me,” the widower said when asked why his wife would do such a thing. When asked for comments about the twelve sex dolls, Jenkins replied, “This is all just too weird for me. I never expected anything like this to happen.”

I just couldn’t help posting it. Especially, after my long winded rant yesterday. *muffled giggle* So my question, if it were true, is it wrong to laugh?

I can always depend on Betty Bowers to steer me clear of the those “not so worthy” gifts. So this year before you give the gift of cheer, please make sure its an appropriate gift pre-approved by Ms Bowers. If not, you risk the fires of hell you sinner! Good Luck

Ok, I couldn’t help myself! I was reading thru emails before heading off to bed and I just couldn’t pass this one A bit crass but funny nonetheless!

*you need windows media player for it to work* 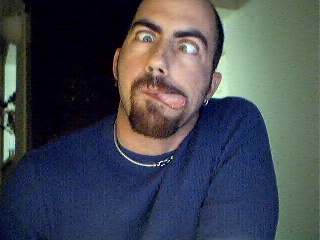 This is what I think of the losers who re-elected a dumb ass to office! (but I’m not bitter) 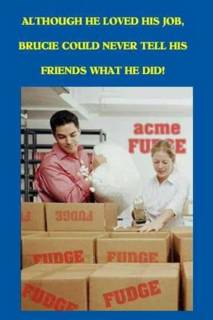 I forget the blog that I got this from but couldn’t resist it…..

You’ll think twice before you gobble down those hot doughboy buns next time won’t you! If this doesn’t put in you in a good mood nothing will!

You’ll need the windows media player for this file to work! 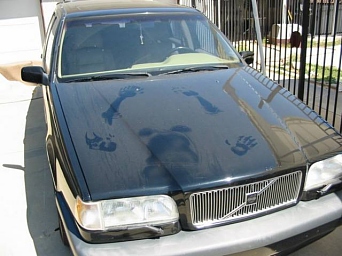 A straight buddy sent me this one…the caption. “your girlfriend might be cheating on you if…